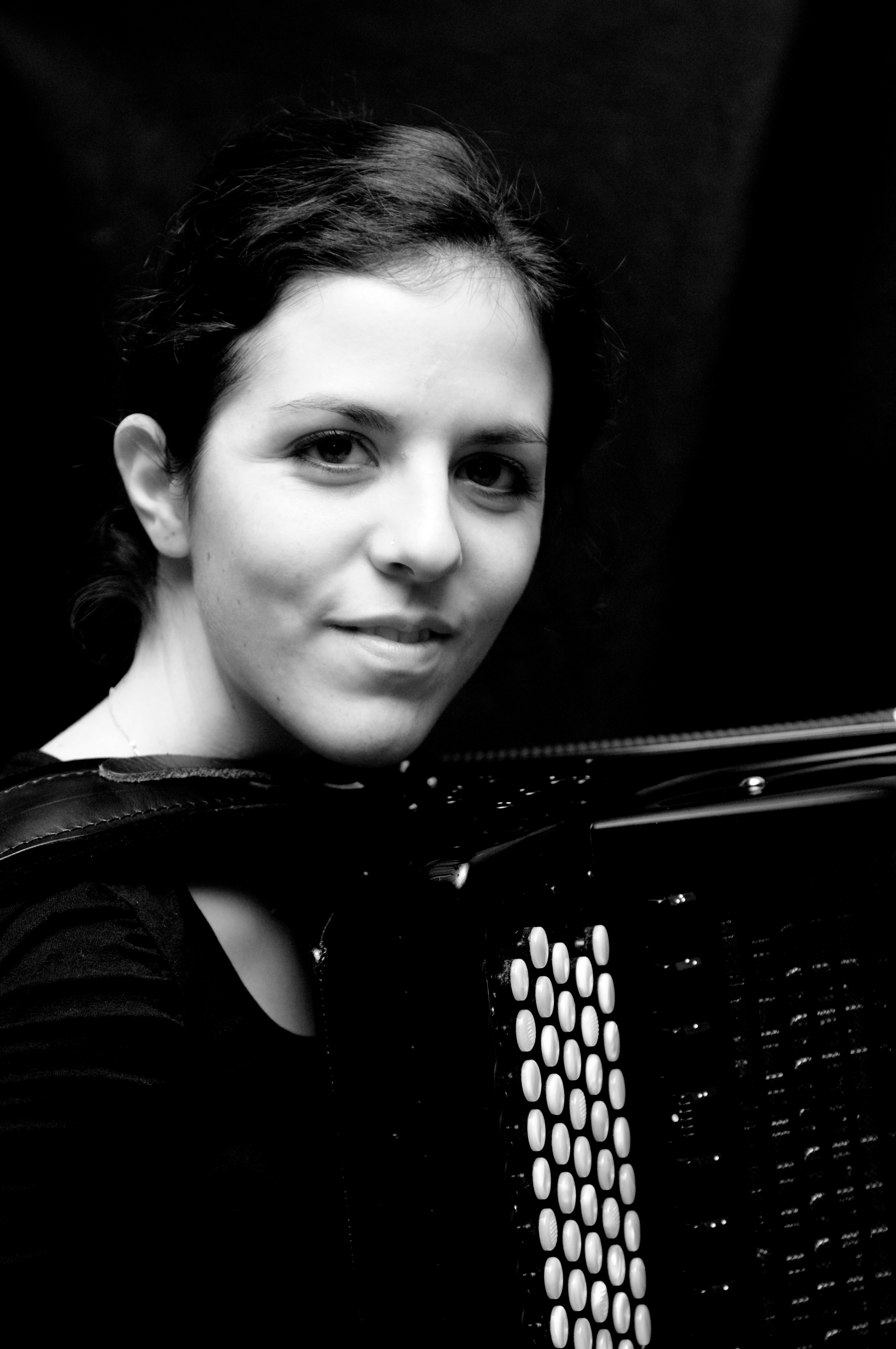 First accordionist to be rewarded by Foundations Banque Populaire and Yehudi Menuhin, Fanny Vicens actively contributes to the development of the accordion and its contemporary repertoire. She studied accordion, piano and musicology in the Musikhochschulen Trossingen (Germany) and Lucerne (Switzerland), and the University of the Sorbonne, before making a post-graduate degree dedicated to contemporary repertoires and creation at the Paris Conservatory (CNSMDP).

Fanny Vicens performs as soloist and chamber musician in more than ten countries, both in the contemporary repertoire and in early music (Frescobaldi, Rameau, Couperin, Bach…) and has been playing with more than twenty ensembles and orchestras throughout Europe, as well as working with current best directors. Mention may be made among them Intercontemporain Ensemble, Ensemble Modern, Ensemble Itineraire, Ensemble 2e2m, Orchestre Philharmonique du Luxembourg, Mannheim Opera, Opera Augsburg and the Nouvel Ensemble Contemporain, among others.

Her artistic work has been awarded with the DAAD, the Kunststiftung Baden-Württemberg, Patronage Musical Société Générale.

She was heard as a soloist in many accordion and piano concertos, among others, in the creation of a concerto by Chengbi An at Arsenal of Metz and in the concerto Spur by Arne Nordheim at the Cité de la Musique in January and February 2014.